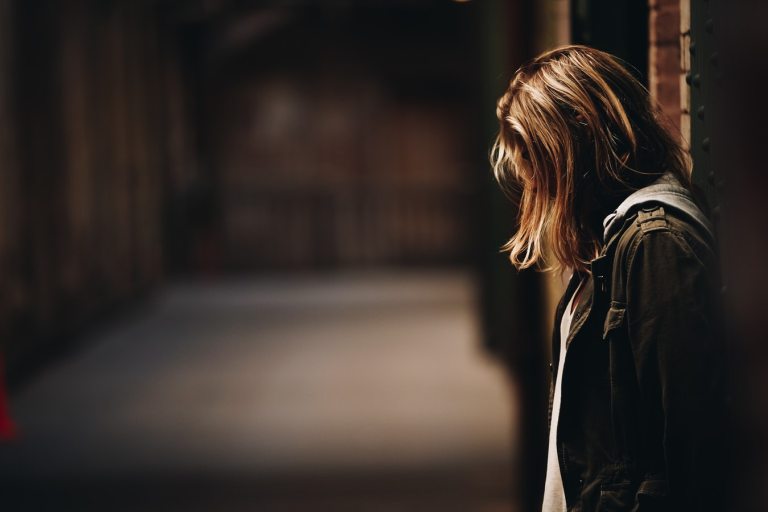 They say that “The Struggle is Real.”

Urban Dictionary defines the statement as “The hardness and difficulties of everyday life being unbearable and apparent.”

It is usually used to describe fairly simple problems that the average “first world” human being goes through. Like having a tire get a flat, only getting a half nights sleep or the countless times where expectations are not met. Which are fairly simple problems compared to the number of people that are suffering greatly all over the world.

Hearing the statement lately I came to think of the statement at another angle. How much time do we spend struggling with problems that don’t really exist? 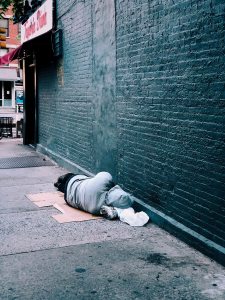 Of Course, the Struggle is Real.

Yes, there is struggle in the world, there is pain and there is suffering. I would imagine that is something we can all agree on.

Honestly, I cannot imagine the horror that many “first world” citizens go through, as well as a much higher percentage that is found in the “third world.”

I live in Fargo, North Dakota. Compared to probably over 90% of the world’s population I exist in the spoiled zone. No, I don’t have loads of money or a flashy car. But I have a growing family in a nice house, running water, and a decent job. Considering that roughly 60% of the world doesn’t even have running water, I would say that I am in pretty damn good shape.

Though of course I do struggle, have pain, and yes the occasional suffering. It may not be as much as others struggle. Though even though I may not struggle as much as others, does not make mine less important. The obstacles that enter my path, whether big or small, must be negotiated none the less. I say the same goes for every one of you if there is struggle, it needs to be dealt with in some manner or another.

There are real problems and of course many issues to find ourselves struggling with. But how much of the struggle is stemming from problems that aren’t really problems at all?

Let me ask you a few questions. Have you ever worked yourself up, worrying over a problem you were sure was going to harm you or others? Planning and plotting to respond, so sure that a messy situation that required swift action was going to take place? One more question. Have you ever had the time come when this problem was going to erupt and you realize nothing is happening? The problem that was expected, didn’t show up after all.

The process to Lessen the Amount that We Struggle.

Life, of course, brings about great amounts of pain. For example, we can’t control that loved ones pass away. We also can’t control all sorts of other curveballs the world throws at us. Many problems are ones that cannot be ignored, and if we do they will haunt our consciousness until we deal with them. I repeat. The real problems that we don’t deal with will haunt us until we deal with them. And inevitably will only bring more struggle than would have taken place had we dealt with them in the first place.

With all of the real problems life inevitably brings do you really want to waste all sorts of time and energy on those that aren’t even real? I know I don’t.

The trick to limiting the amount of fantasized problems, and taking care of the real is not a simple one.  It takes hard work and vigilance to keep ourselves in reality in this way. Though the years I have spent in recovery with this brain that is prone to worry and fantasy have learned a great deal. Here are some essential tips that I have come to live by.

Staying on our emotional A-game is so important to keep our problems and our struggles in reality. Past emotions have a way of creeping into the present. Leading us to believe that history is going to repeat itself. Thus projecting a fantasy of our own creation onto our future selves.

To keep problems and struggles in reality our emotions need to be in reality. Checking in to settle down our emotions in times of struggle can save a lot of suffering. For me, I generally do this through meditation, therapeutic writing, or chatting with healthy people I trust. 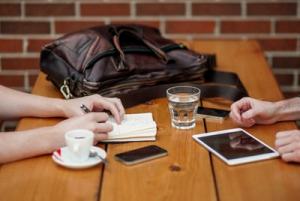 2. Being Connected to Healthy People.

Being connected to these people that will not allow me to complain but will respect my emotions has been so important. Without the support of all the people around me from friends, family and colleagues I would spend an absurd amount of time with unnecessary struggles. The Philosopher Aristotle said that we “are by nature social animals.” I couldn’t agree more, we are not meant to do this life thing on our own.

When running our troubles by our trusted people we may be surprised or even pissed off when told we are wasting our time and energy. They can point out the real problem that we are not seeing, or emotion that is clouding our judgment. They could point out that we are obsessing about a situation that doesn’t exist. Hell, sometimes they even let us know that we aren’t crazy and they actually agree! Their insights are invaluable.

3. Deal with Real Problems as Soon as Possible.

As much as we might like them to go away, there is no amount of denying the real problems in our lives that will make them fantasies. If we feel we need to take care of a problem and the stakes don’t feel risky, then I am generally safe to go ahead and do it. But if the stakes seem a little risky and we are confused in any way about what we should be taking care of. Then I take some time out to go back to Steps 1 and 2.

As soon as I find out to the best of my and my trusted people’s abilities that my problem needs dealing with, I do it. Taking prompt actions with our real problems keep our struggles from growing unnecessarily. I also find that I find myself creating problems out of thin air, while I am procrastinating something else that actually needs my care

The more strongly convinced we are that our fantasized problems are real, the more difficult it is to let them go. But to quit wasting our time with them and get busy living in the real, we need to let them go. Or else we will just spend our time struggling with these problems in a fruitless attempt to make them a reality.

There is a grieving process that goes along with letting our fantasized problems fade away. Letting our belief in a fake problem go can actually be painful. We may think that we are putting ourselves in a dangerous situation. Dealing with the emotions that come out of this process has to happen to let them go. That emotion that may stem from who knows when can now get some much-needed attention. And we can move forward with a little less struggle in our lives and more energy on creative ways to bring success into our lives.

Posted by My Life Experiment